1. All eyes on the Joe Show for Leinster

Jamie Osborne and Ross Byrne hogged most of the headlines this week from a Leinster perspective, but today provides Joe McCarthy with an opportunity to become the latest Leinster player to catapult himself into the limelight.

The highly-rated second row is viewed as a hugely exciting talent and today’s meeting with Racing 92 sees the 21-year-old handed his first Champions Cup start. Leinster don’t exactly dish out European caps readily – Scott Penny is in line to make his European bow off the bench today – but the province and Ireland both see McCarthy as a real prospect for the future.

This time last year, the second row had yet to make his first senior appearance for Leinster. He’s since been involved in a number of Ireland camps and was capped by Andy Farrell in November. On Thursday, he was one of 20 Leinster players selected in Farrell’s 37-man Six Nations squad.

McCarthy is powerful and physical for his age but also has an athleticism we don’t often see from Irish second rows.

While he still has plenty of learning to do at this level, he’s enjoyed some strong performances this season and today is a great opportunity for the former Blackrock College student to show what he can do on the European stage, and carry some momentum into Six Nations camp . 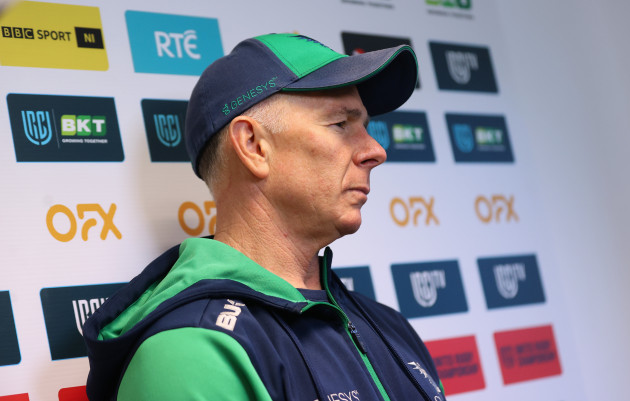 There are worries about Bundee Aki coming into the Six Nations without much recent game time under his belt, but he has shown in the recent past that he can get up to speed quickly in Test rugby. Back in the autumn, he returned from a seven-week suspension to make a big impact off the bench in Ireland’s win over Australia.

Nonetheless, his ongoing exclusion from the Connacht squad is far from ideal and highlights that all is not well. Aki has gone from being a talismanic figure to one who Andy Friend isn’t picking. His last appearance was on 23 December and Aki has been left out for both of Connacht’s Challenge Cup games this month, Brive at home last weekend and tomorrow’s visit to Newcastle.

It’s believed that there has been a deterioration of the relationship between Aki and Connacht. He is now even being linked with moving to Munster next season. It’s understood that his IRFU central contract runs until June 2024 so he is set to remain in Ireland at least.

Of course, Connacht haven’t announced a successor for Friend yet, so these matters are further complicated. The hope must be that Connacht and Aki can smooth things out and he returns to the selection fold after the Six Nations, but it’s a messy situation right now.

That there are a handful of players in Ulster’s matchday 23 who were involved in Ireland’s November campaign but, in Andy Farrell’s eyes, haven’t cut the mustard since, tells its own story.

Their omissions will scarcely cross their minds at around 8pm tonight: this encounter with Sale Sharks requires no further motivation than its potential rewards.

It feels like we’ve been saying it for weeks, now, but this time we really mean it: these 80 minutes could define Ulster’s season.

With Clermont — steered on an interim basis by former Ulster and Ireland back Jared Payne — heading to Cape Town in an absolute shambles, Ulster remarkably still have a chance to progress to the Champions Cup last 16 despite losing their first three pool games.

A convincing victory over Sale at Kingspan Stadium and consequent qualification could prove positively catalytic for Dan McFarland’s men. But with the odds inexplicably still tilted slightly in their favour, a seventh defeat in eight games might prove terminal to their campaign even allowing for the fact that they’re still well positioned in the URC.

The reality is that you can only absorb so many blows, and Ulster have been defending with their chins hanging out for the guts of two months. 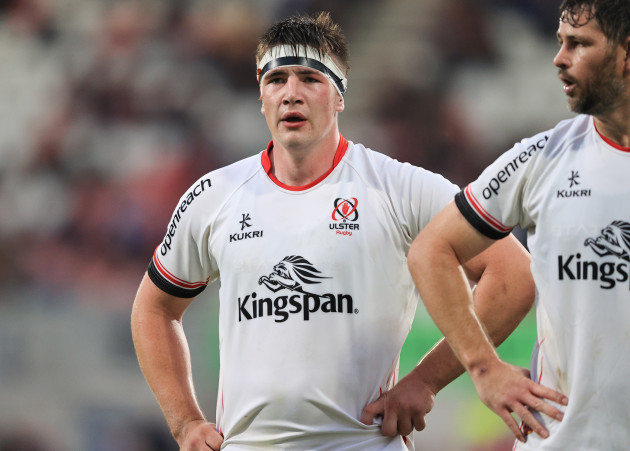 For some of their senior players, too, it’s a case of you-know-what or get off the pot: McFarland has already made an indefinite switch at scrum-half and hands Harry Sheridan his first European start in tonight’s back row.

Ulster have enough to beat Sale on paper but tonight, their star men need to go about doing it on grass.

4. Kilcoyne out to try a point for Munster

With most of the discussion focusing on Ireland’s out-half options, Dave Kilcoyne’s return to the national squad went under the radar. Of course, he benefits from Munster team-mate Jeremy Loughman being injured but Kilcoyne has been in good form recently. Having overcome the neck injury he suffered last season, the 34-year-old Limerick man will be determined to win his first Ireland cap since the 2022 Six Nations.

With the World Cup so close, this would be a good time for the 48-times capped Kilcoyne to prove that he is what Ireland need at loosehead, where they have been through several options along with regular picks Andrew Porter and Cian Healy.

As for his Munster future, Kilcoyne’s current contract is set to expire this summer so he will hope that a new deal can be confirmed soon. With 212 provincial caps to his name, Kilcoyne is one of the most experienced players in the squad. His recent run of starts has allowed him to show that he’s certainly not ready to wind up his career yet.

There is expected to be some change to the Munster squad next season, so it remains to be seen how head coach Graham Rowntree views his options. The southern province are thought to be interested in Springboks prop Thomas du Toit, who previously had a short-term spell in Munster and can play at tighthead and loosehead. Sharks front row du Toit has also been linked with a move to Johann van Graan’s Bath next season.